The Scuba (Dive) Team was the creation of Chief Ed Hutchinson in 1958. Originally formed as a body recovery unit, the team’s value in performing a myriad of underwater jobs became evident later as the team grew and developed.  In order to find a replacement for “dragging,” it was necessary to get firemen interested in “skin-diving.”  The team started with a core of 10 candidates who received the best training available at the time.  Since its formation, the Greensburg Volunteer Fire Department Dive Team has logged over 1,000 recoveries including drowning victims, vehicles, stolen property, weapons, and miscellaneous items.  The equipment this team employs is stored at the “Boat House” located behind Station No. 4.   Some of the more notable equipment is: a 21’Aluminum Sea Arch boat with Marine Sonic Side Scan Sonar, 6 Achilles inflatable boats trailered in tandem each with there own prop drive motor, 2 Wave Runners, and enough wet, dry and ice suits with wireless communication to equip eight divers at a time.  This merely scratches the surface of the multitude of equipment this team possesses.  The GVFD Dive Team has traveled all over the United States performing various missions and prides itself in keeping abreast of constantly changing equipment, developments, and technology.

If you have questions about the Dive/Swiftwater Rescue Team you can contact George McFarland on our Contact Us page. 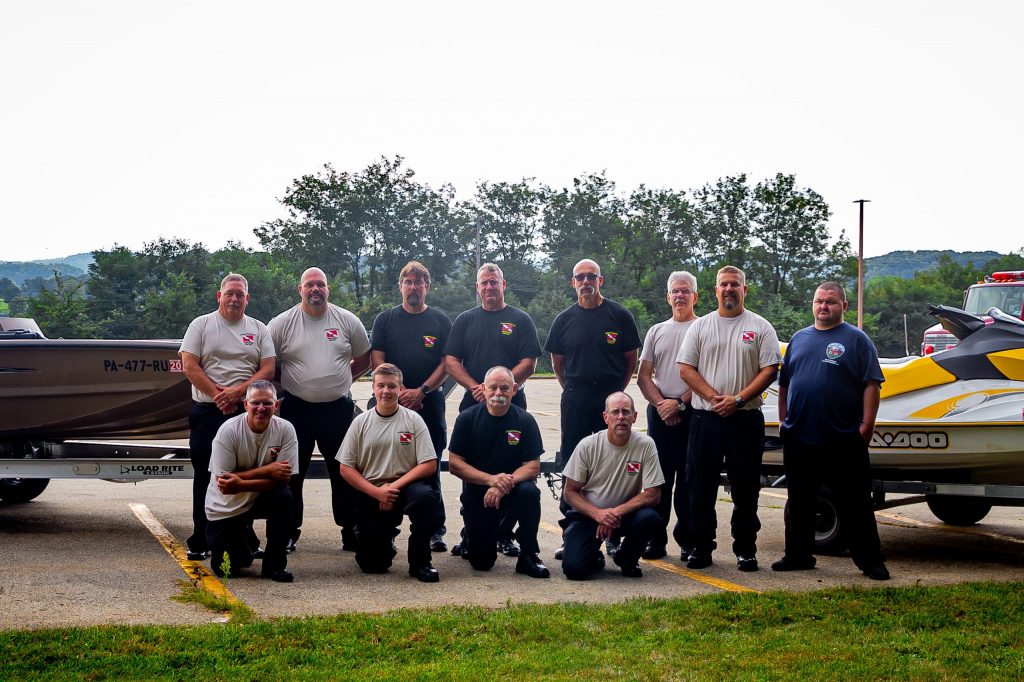