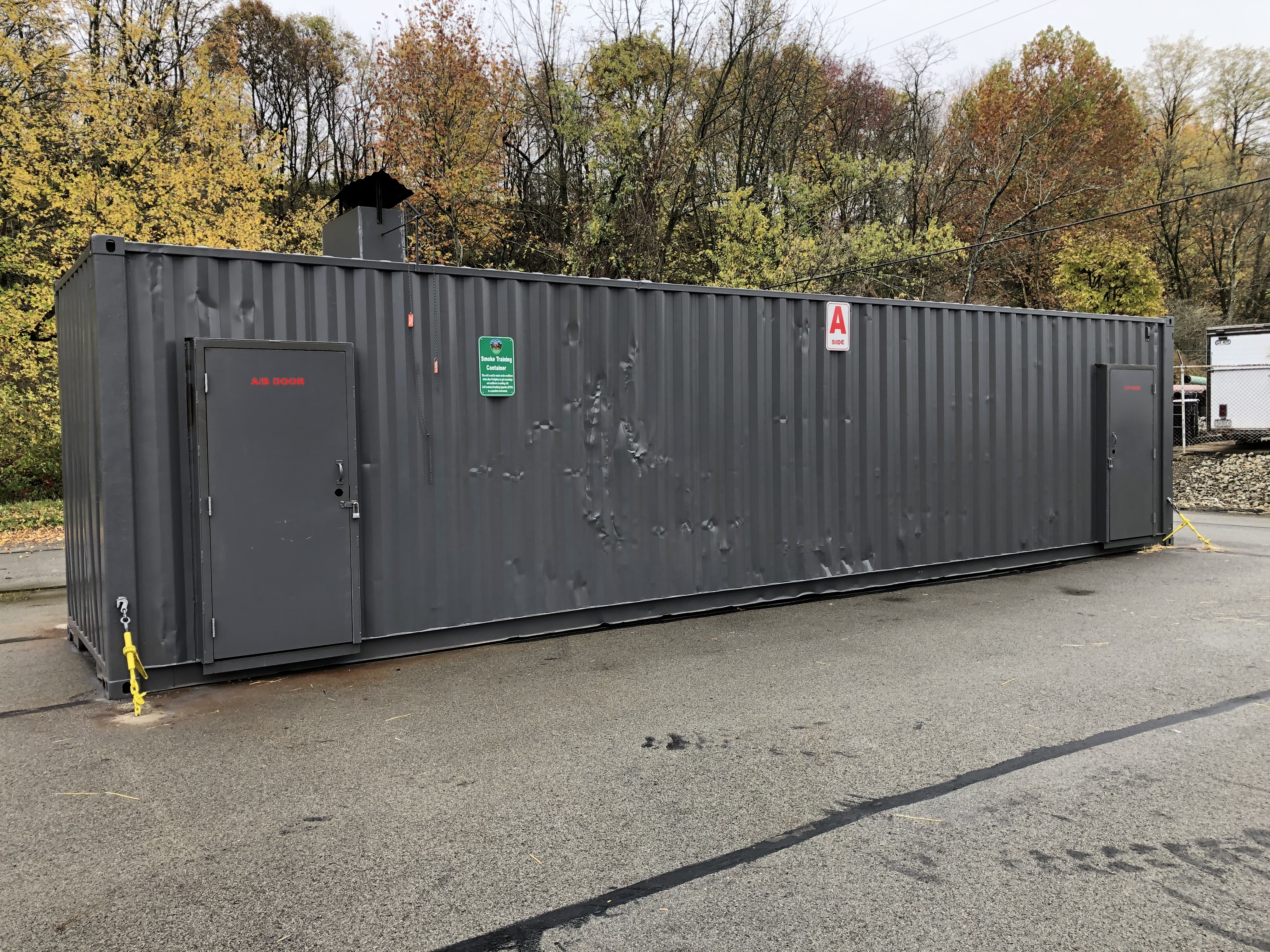 The final facet of the 2020 upgrade was installing a 40 foot Conex shipping container and converting it into a live smoke training vessel.  One thing that must be realized is this is NOT a burn building; it is a container in which straw bales are burned to create minimal heat, but lots of smoke.  This portion of the upgrade was added as an afterthought; however, we have created one of the most impressive single level shipping container smoke chambers you have ever seen.  After having the container delivered, Adam Eidemiller Incorporated was contacted about performing the necessary modifications.  A plan was formulated, the metal was ordered, and the GVFD’s vision was quickly becoming a reality.  The primary upgrades Adam Eidemiller Inc. performed were: installing 3 metal entry/exit doors, a rooftop vent to control the smoke travel through the chamber, a heavy duty brick lined fire box to contain the burning straw, an air vent to control the rate of burn for the straw, and a tethering system that allows the chamber to be removed if necessary.  Upon completion of the upgrades, the Station 8 Friday work crew stepped in to give it a fresh coat of Peppercorn gray paint.  Now that the outside had been completed, it was time to see if the chamber would work as anticipated.  A few days later, a trial run was performed, and the unit functioned as expected, perfectly!  Now it was onto designing the interior wall layout.  We had been going back and forth on potential layouts and designs when Todd Shepherd, of Fire Force Inc.(who was delivering our forcible entry door) suggested a multi hinged door system.  Our discussion with him got the wheels turning and we developed one of the most unique wall systems ever.  The design uses 5 posts and 16 separate wall sections to allow us a large number of possibilities of wall/room configurations.  In our opinion, we have one of the most unique training props in the area! 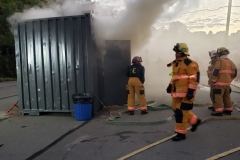 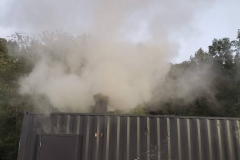 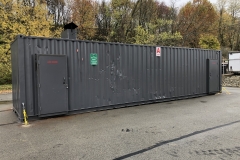 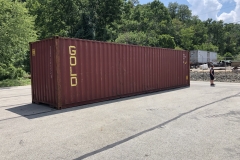