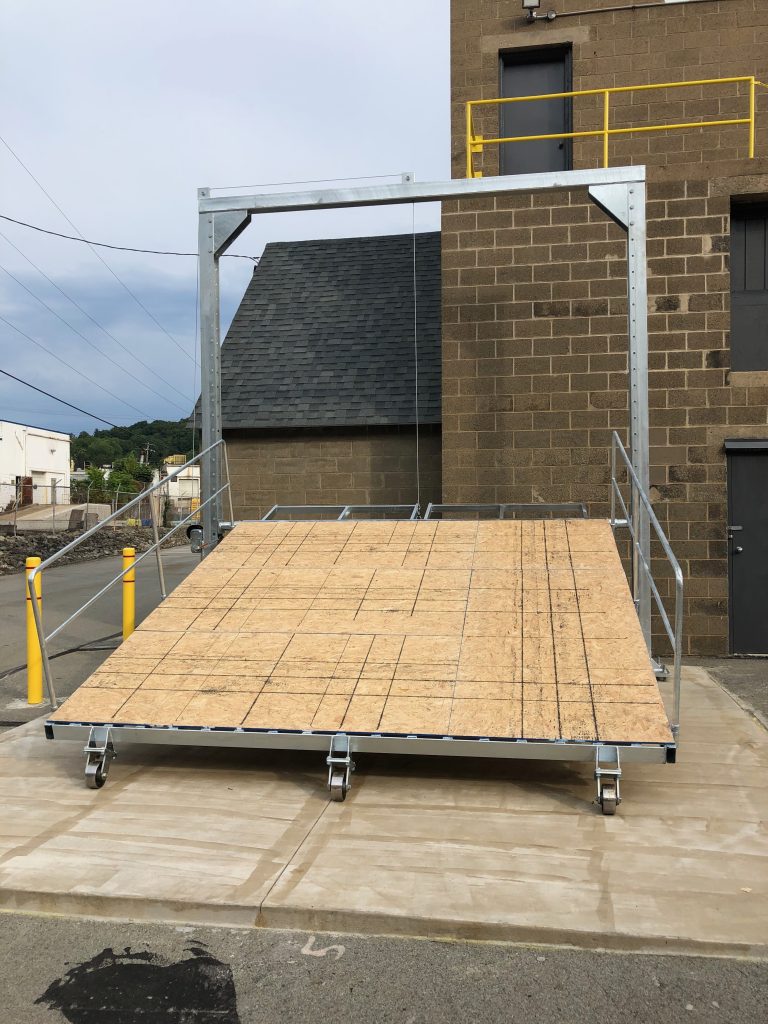 The second facet of the 2020 upgrade was to install a free standing roof/wall breaching simulator.  One of the most difficult areas to provide firefighters with hands on training is roof work.  Firefighter “roof work” consists of using a special ladder with hooks at the tip that penetrate into the peak of the roof allowing the firefighter to safely climb the roof.  Once this ladder is positioned, the firefighter will ascend with a gas powered saw to cut a ventilation hole in a roof.  The purpose of this hole is to allow smoke, heat, and fire gases to escape the structure, providing more favorable conditions for the hose line attack crews searching for victims and/or extinguishing the fire.  Because of the destructive nature of this work, training is usually done in acquired structures or disposable roof simulators.  Acquired structures, buildings that are scheduled for demolition, are often difficult to obtain due to insurance constraints and lack of availability and disposable simulators are cost prohibitive when dealing with multiple classes being taught each year.  The versatility and affordability of this new prop offers the GVFD a wide variety of quality training evolutions and will enable us to conduct realistic training scenarios and simulations of cutting ventilation holes in a safe and controlled environment.  One of the more attractive features of this unit are the wheels on the bed of the unit that simulates different roof pitches.  The end of the bed can be raised to create an extremely steep pitch, or completely lowered to simulate a flat roof.  Another desirable feature is the ease in which the cut panels can be replaced and the roof rafters can be detached quickly without removing the top plywood or shingles.  A final advantageous element of the prop is that it can be raised into a vertical position and be used to simulate wall breaching.

On a trip to the Midwest a few years ago, Assistant Chief Rick Hoyle saw a roof prop that was like nothing he had ever seen before.  After some research, he found a prop similar to the one he had seen that was commercially produced.  He brought his thoughts to the team and a plan was hatched.  A few round of drawing later, the plan was really starting to take shape.  Once the dream started to become reality, a spot need to be chosen to install the new prop.  It was decided that the best location would be tucked in behind the back of the drill tower.  First came the site preparation.  After the existing asphalt was cut, 4 bollards were installed to keep the pad from being run over by a vehicle.  Next, we dug out the old asphalt and clay to prepare for the new concrete pad. Afterwards, gravel was brought in and tamped to achieve a solid base.  Subsequently, the hole was formed and wired, filled with concrete and leveled and finally broom finished.  After cutting, sealing, and waiting for the concrete to cure we installed eight, 16” x ¾” anchor bolts to secure the roof prop to the concrete pad.  On Saturday, July 18 the unit was delivered and installed.  The crew started at 9:00 AM and the installation was complete a little before 1:00 PM.  The custom unit was designed and constructed for the GVFD by Greco Steel in Springdale, PA. 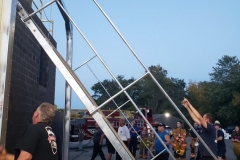 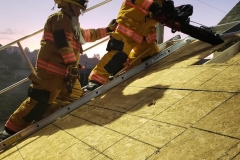 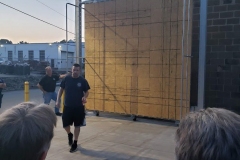 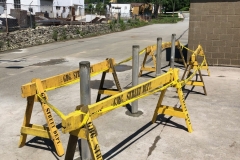 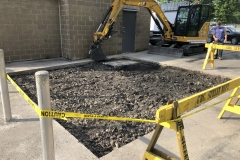 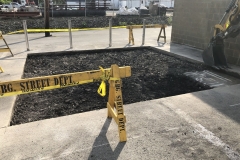 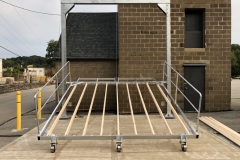 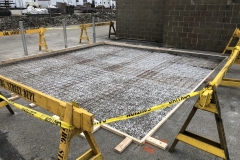 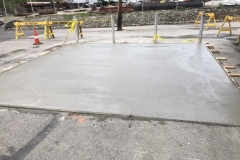 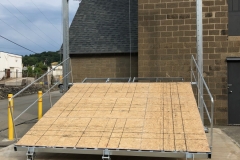 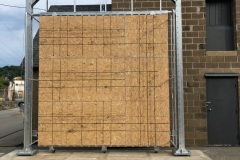 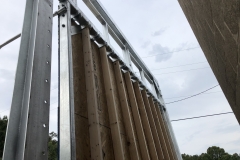 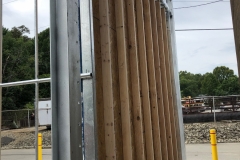 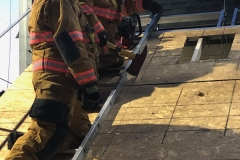 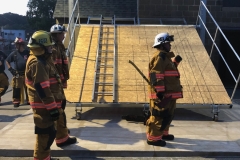 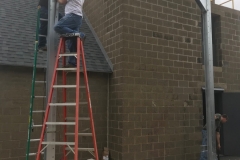 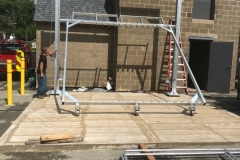 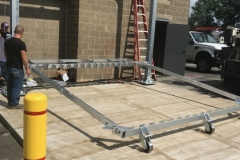 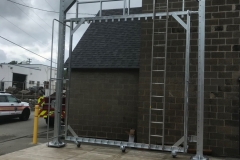 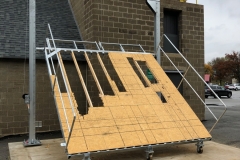