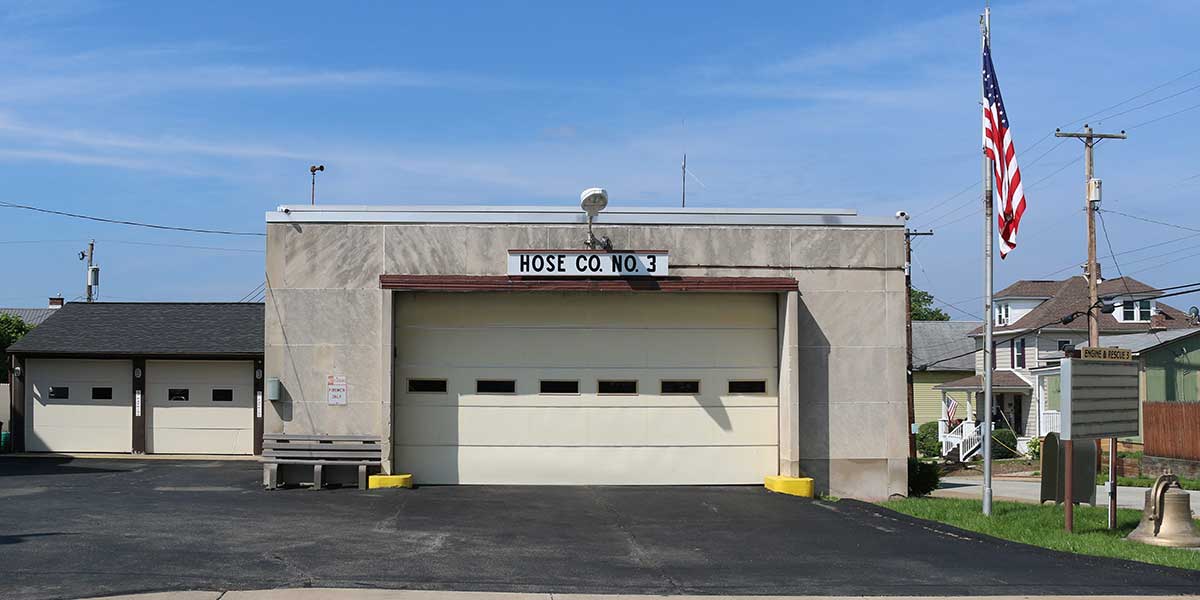 Hose Company No. 3, first known as the “Bunker Hill Hose Company” was organized on July 6, 1894, with 26 charter members. During these early years before the original hose house was constructed, the company meetings were held at the “Bunker Hill School House.” The original house was opened December 12, 1895 with a large reception and dinner. Construction of the building was at a full worth of $5,000, not to include the equipment and furnishing which summed up over $16,000. This included two fire trucks and other fire fighting equipment.  The present Company location is at the corner of Grove and Alexander Avenues in Greensburg, and this facility was dedicated in May 1954.  The Pat Lyon Fire engine was purchased from the Pittsburgh Fire Department.  This was the first engine west of the Allegheny Mountains.  In 1924, the company’s first motorized fire engine was purchased, a Packard Fire Engine.  It was later replaced by varying Seagrave Fire apparatuses in 1932, 1949, 1963, and 1978.  The present Seagrave Fire Engine was placed in to service in 2002.   In 1985, one of the most innovative trucks in the area was housed at Company 3.  This truck was a 1986 rescue/light truck, which was credited with the most up-to-date rescue and extraction equipment, including Hurst and Homatro tools, and the largest most powerful air bags in the state.  Currently, Hose Company No. 3 houses a 2002 Seagrave pumper, a 1994 Custom Kenco Rescue Vehicle, and a 2006 Custom Chevrolet utility vehicle.  Four men from Company No. 3 have served as Chief of the Greensburg Fire Department.  These are William A. Griffith, Oliver P. Long, Oscar F. Myers, and most notably John Edward Hutchinson.  The members of Hose Company No. 3 are proud to have had Amos K. Hutchinson as a member.  Amos was active in his company and throughout the Commonwealth with his interest in legislature with for the firemen. As an active fireman and state representative of the 57th district he introduced several bills during his terms as legislator. 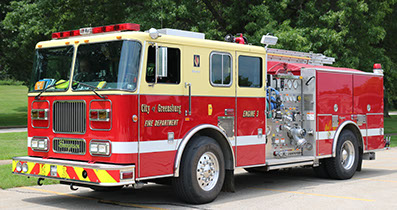 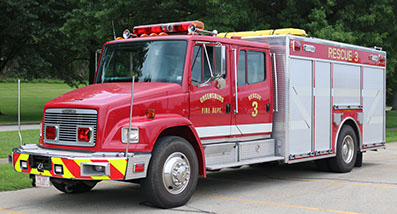 1994 Freightliner chassis with a custom Kenco rescue body.  Rescue serves at the Department’s heavy rescue and is utilized for all types of rescue including vehicle, structural collapse, trench, and water rescues. The vehicle carries both Hurst and Genesis rescue tools, trench rescue shores, Vetter air bags, hand tools and rope rescue equipment.  This truck is also equipped with a variety of specialty equipment.  It has a 25kW generator, a Wil-Burt light tower outfitted with LED lighting, and a 20,000 pound front mounted winch.

2006 Chevrolet 2500HD 4 door chassis, seating capacity for 5, with a Knapheide work body.  This vehicle is used as a support vehicle to transport personnel and equipment.  This vehicle carries, hand tools, ems equipment, and an AED.  Utility 3 responds to Dive and swift water rescue calls and tows any of the Departments specialty trailers.